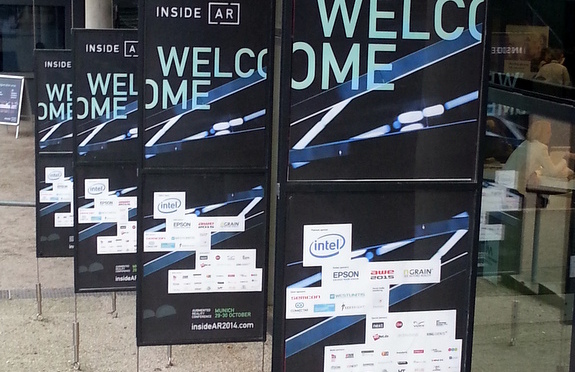 The InsideAR Conference, hosted by Metaio, took place on October 29th and 30th in Munich. I had the chance to attend on the second day only, but even that was really worth the experience. 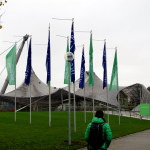 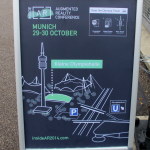 As I’m not so much into technical matters, more fascinated of the possibilities a technology like Augmented Reality gives us to present content, I used the opportunity to listen to the presentations about smaller projects and enjoyed the ‚talks between the talks‘.

The first time I learned about Augmented Reality was just recently. It must have been a year ago, and I was captivated immidiately. Sure the big money industry provides us with further development of the technology, but that’s not my playground.

Museums, tourism, the publishing industry, cultural institutions … can use the technology for an entertaining, exciting, playful approach to our historical and cultural heritage. And yes, I’ve heard about the criticism you might lose attention for the object (for example the painting, the sculpture, the historic site and so on) by focusing on the virtual enhancements. But hey, haven’t we always tried to find ways to make teaching, educating easier by using games, mnemonic tricks, visualizations, stories, songs etc.? Why not use a new technology for the same reasons?

Science Fiction scenarios out of my youth are not longer Science Fiction. It’s real, and in case of Augmented Reality it’s absolutely stunning!

Imagine (well, you no longer have to imagine parts of it, as there are already many projects being implemented) you walk through an ancient Mayan site with your AR glasses and don’t just see the empty buildings, ruins, but also the life how it was back in time, with people telling their stories. Or the knight in his armor in a museum is not just standing around, but giving you a tour through the museum. Or for a kid to get entertained in an art exhibition with different animated tales popping out of a painting. The possibilities are virtually endless.

Four projects on the InsideAR Conference caught my attention in a special way.

All in all it was great to be at the conference, to learn more about the Augmented Reality technology, to – always most important – talk to the people behind the projects!

A big Thank You to Metaio and all the people who made this such a great event! 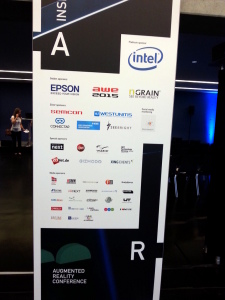 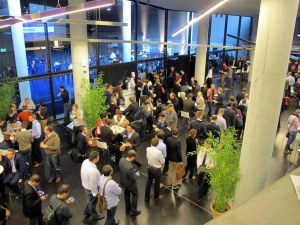 You can read (and hear) more about the InsideAR Conference (in German) on www.schleeh.de